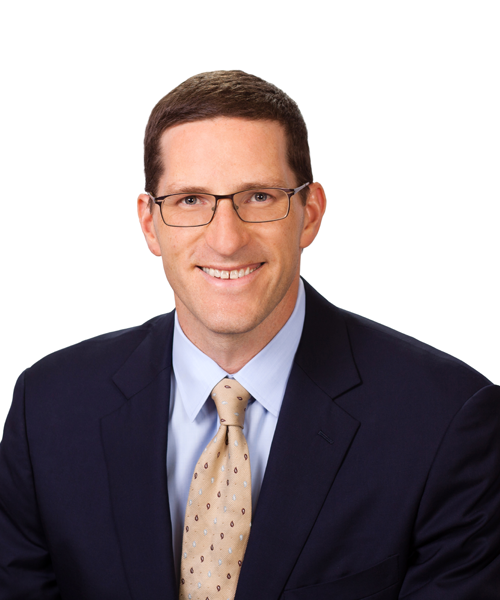 Dr. Tamir Bloom is a board certified pediatric orthopedic surgeon who treats children and young adults with a wide spectrum of musculoskeletal problems, including upper and lower extremity deformities, hip dysplasia, fractures, sports injuries and complex foot disorders, such as clubfeet. He has a special interest in neuromuscular conditions such as cerebral palsy and spina bifida.

After receiving his undergraduate degree from the University of Pennsylvania, Dr. Bloom earned his medical degree from the Icahn School of Medicine at Mount Sinai in New York City. His residency in orthopedic surgery was completed at Henry Ford Hospital in Detroit. He then completed a year of fellowship training in pediatric orthopedics and scoliosis at the Rady Children’s Hospital in San Diego under the direct tutelage of Drs. Scott Mubarak, Peter Newton and Dennis Wenger—all past presidents of the Pediatric Orthopaedic Society of North America (POSNA).

Dr. Bloom was an assistant professor at the Department of Pediatric Orthopaedics at the Rutgers-New Jersey Medical School from 2007 to 2014. He joined The Pediatric Orthopedic Center in 2014 and is proud to be providing care with great staff and partners in the Springfield, Jersey City and Cedar Knolls campuses.

He is a strong advocate for orthopedic education and continues to teach and train orthopedic residents and medical students at RWJBarnabas Health Jersey City Medical Center.

Dr. Bloom is a two-time U.S. National Champion, two-time Pan-American Games silver medalist and a two-time Olympian, representing Team USA in fencing during the 1996 and 2000 Summer Olympic Games. As a former elite athlete, he has unique insight on how sports injuries, both acute and chronic, and orthopedic surgeries affect developing athletes.

Dr. Bloom is a repeated recipient of the Favorite Kids’ Doc by NJ Family Magazine.

He has been published in well-respected journals such as the Journal of Pediatric Orthopaedics and Clinical Orthopaedics and Related Research. He has co-authored several book chapters, as well as an online reference monograph for British Medical Journal titled “Torsion of the Lower Extremities in Children.”

Treating the Most Common Fractures: What Your Child’s Orthopedist Considers When Determining the Best Course of Treatment

Know Before Your First Visit:

Verify the date and time of your appointment. You may be required to complete new patient paperwork or provide personal information prior to being seen by your doctor. Please arrive approximately 30 minutes prior to your appointment time.

Confirm the address and location of your appointment. The Pediatric Orthopedic Center has four convenient locations in New Jersey. Confirm with the front desk staff the office location for your visit.

Be aware of travel issues and delays. Be mindful of any driving conditions, road construction detours and parking requirements to ensure you arrive for your appointment on time.

*Urgent and Acute Injuries Only during Urgent Care/Walk-in Clinic hours. To find out if your child’s injury qualifies for a walk-in visit, click here. (Walk-in fees may apply.)